On August 29, 2005, more than 3,800 guests and associates were staying at Hyatt Regency New Orleans when Hurricane Katrina made landfall in New Orleans. The hotel, then connected by a pedestrian bridge to the Superdome and centrally located adjacent to the Entergy Building and City Hall, became the headquarter location for city officials, emergency crews and national media. Current General Manager Michael O. Smith worked to safely evacuate guests and employees, while also supporting evacuation efforts from the Superdome through the hotel to buses leaving the city. He was named an “unsung hero” in a proclamation by the city of New Orleans.

In the aftermath of the disaster, the battered Hyatt Regency New Orleans became an iconic symbol of the city’s devastation and remained closed for six years. Following an extensive $285-million revitalization, the hotel reopened its doors in the fall of 2011 as the city’s premier hotel destination for meetings, conventions and events.

In an interview with Michael Smith, we reflected on the past decade and the state of our beloved New Orleans today. 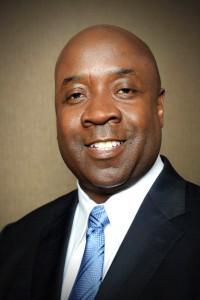 Q: It is hard to believe it’s been a decade since Hurricane Katrina. What does this 10th commemoration mean to you?

Michael Smith: Every year at this time is certainly a time of reflection. But I believe this year marks a major turning point for the city. New Orleans is in the midst of a study-worthy renaissance. From unforeseen economic development and education reformation to revitalized neighborhoods and record-breaking visitation, the overall quality of life has improved significantly over the past 10 years.

Q: Hyatt Regency New Orleans has become a landmark in the city, specifically in the aftermath of Hurricane Katrina. Why is this?

Smith: When we reopened the hotel in 2011, after being closed for six years, we quickly realized that this hotel didn’t just belong to us, but to the people of New Orleans as well. There was even a parade to celebrate our opening!

Q: What does the Hyatt brand mean in New Orleans?

Smith: Hyatt is a significant business leader in New Orleans, and its commitment to the city showcased a true revival, triggering many other companies to consider investing in the area as well. Downtown, where Hyatt Regency New Orleans is located, has seen more than $2 billion in economic development since the hotel’s reopening. There has been an urban explosion in the Central Business District with new residences, restaurants, growing retail spaces, a full-service grocery store and other new infrastructures to support a metropolitan lifestyle. This sort of environment had never existed in New Orleans before, and it’s exciting to see the influx of investors, visitors and residents to the area in the past four years.

Q: Hyatt Regency New Orleans is celebrated for its outstanding community service efforts. Which projects have meant the most to you?

Smith: We all recognize our greater purpose and that we are so much more than simply a hotel brand. Hyatt played such a critical role in August 2005, with hotels across the country providing provisions, taking in staff, and truly supporting us in every way possible. Now that we have recovered, we have made it an essential component of our business to give back to the local communities from whom we’ve gained so much.

For our grand opening, we teamed up with Brad Pitt’s Make It Right by creating a fundraising event to support rebuilding efforts in the Lower 9th Ward – one of the hardest hit neighborhoods during Katrina. The event, “A Night to Make It Right by Hyatt,” became one of the city’s most successful fundraisers to date, raising over $4 million to build 20 homes for underserved families.

Since then, the hotel has led several other initiatives including the restoration of the adjacent Bloch Cancer Survivor Plaza, rebranding UNCF’s Mayor’s Masked Ball and helping the organization raise more than $1 million each year to send local students to college, along with a host of other projects supporting the SPCA, Human Rights Campaign, Audubon Nature Institute, Emeril Lagasse Foundation and so many others. Each cause is as important as the next, and I am proud that Hyatt has been able to make such a significant difference in New Orleans.

Q: What’s your long-term outlook for the city the city of New Orleans?

Smith: As we look toward the future and prepare to celebrate the city’s tricentennial in 2018, I believe we can mark the past decade as a pivotal era in New Orleans’ 300-year history. It has been remarkable to experience and contribute to the continued revitalization of a great American city like New Orleans. Our connectivity to the global market will be greatly magnified with the $825 million expansion project underway at Louis Armstrong International Airport. The addition of the new terminal in 2018 will open the city up to international visitors from South America and Europe, while expanding access to the city domestically. I am personally excited about this project because it will bolster economic development beyond tourism and into the business space, which provides another critical element of sustainability for the city as a world-class destination.